Last year after my trip to the Uinta Mountains in Utah, I posted a blog about getting my gear and myself to the trailhead and back. After looking back on the Utah trip, I decided to make a couple changes for the trip to the Sawtooths this year. I figured I would go ahead and share those changes and a couple thoughts/recommendations.

Before I get into the details of the changes, I figured I would provide a quick explanation of why I ship my gear instead of flying with it.

The one major drawback of this is cost. I have flown Southwest both trips, and with Southwest I wouldn’t have to pay for a checked bag, whereas shipping cost me around $200 round trip for both Utah and Idaho. So there is definitely a trade off. For me, it’s worth paying the $200 and having a lower chance (in my opinion) of the gear not making it. If you fly with another airline that charges for bags, the shipping cost may not be as big of a deal.

So with that said, here were the changes I made this year.

Last year I shipped two packages. This year I only shipped one (same size). How did I manage that? Mainly by putting my sleeping bag in my carry on instead of shipping it. Last year, I knew it would be several days between when I shipped the packages and when I would pick them up, so I didn’t want to leave my sleeping bag compressed for several days to save room (not good for a down sleeping bag). But once I got to thinking about it after last year’s trip, I realized I could put the sleeping bag in my carry on and compress it, since it would only be like that for several hours (similar to a normal day of hiking). And with taking the sleeping bag out of one of the packages, I figured I could probably fit everything into a single package. Thankfully I was able to make it work. The pictures below show how I packed the shipped package if you are curious. 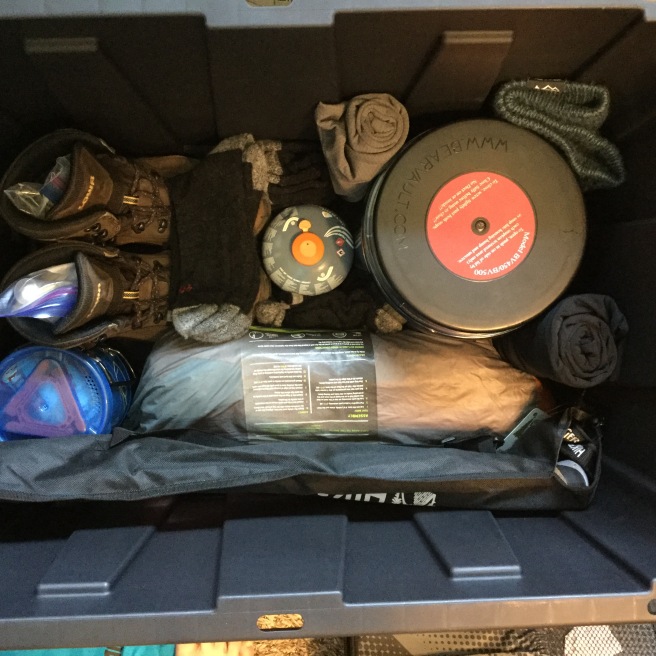 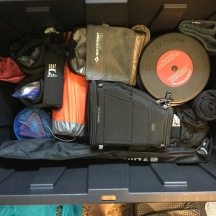 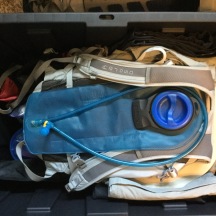 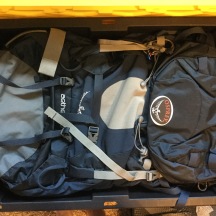 To fit the sleeping bag in my carry on along with everything else, I had to get a different carry on. Last year I used a laptop style backpack. This year I bought a true carry on suitcase that would hold more stuff than the backpack. In addition to the sleeping bag, I had some clothes for after the trip, a couple books, iPad, toiletry items, a pair of shoes, and other miscellaneous items.

The cost to ship my single package this year was nearly identical to what I paid to ship the two packages last year, and one package is definitely easier to carry around than two. So I will stay with the single package going forward. The single package ended up being around 40 lbs., so keep that in mind. I assume if you’re going backpacking, you can lift up and carry a 40 lb. package, but figured I would point it out anyway. A couple things to keep in mind when shipping the package though:

Do you have any tips for shipping your gear or an alternative method you use? If so, I would love to hear about it in the comments. If you have any questions about something I didn’t cover in here or my post from last year, reach out and I’ll see if I can provide an answer or share some knowledge I have gained from doing this a couple times now.